Do you like obscure artificial intelligence workstations from the 1980s? Of course you do! So do I. That’s why, when I found out about the Tektronix 4400 series of workstations, I was immediately smitten. 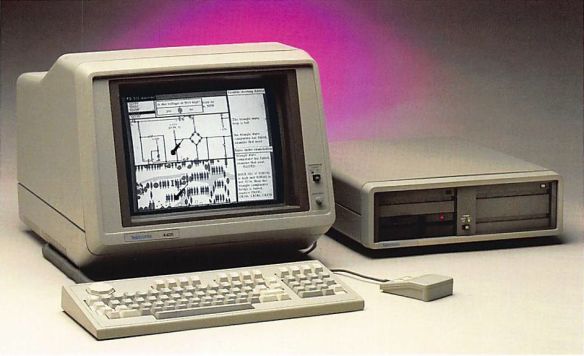 The 4400 series (including the 4404, 4405, and 4406) were Motorola 68010 and 68020 based workstations built to run Smalltalk-80 and Lisp, and were marketed toward the artificial intelligence industry of the first half of the 1980s. Those were the heady glory days of companies like Symbolics and Lisp Machines, Inc., and stiff competition from Texas Instruments’ “Explorer” workstations, so they were pushing into pretty frothy territory.

For about a year now, I’ve wanted to emulate one, but I just didn’t have all the documentation necessary to make it a reality. This past weekend, though, my friend Josh managed to scrounge up a copy of the Tektronix 4404 Component Level Service Manual, which Al Kossow of the Computer History Museum and Bitsavers scanned and archived. Published in 1987, this juicy little manual details every aspect and detail of the 4404 workstation from the top down and the bottom up. It’s absolutely glorious. Combined with the Tektronix 4404 firmware already preserved on Bitsavers, I have everything I need to build an emulator. Now, I just need to actually do it.

Yes, in other words, it’s just a small matter of programming.