My first night of restoration! I started by getting hundreds of photos of everything from every angle, so I could document the original state as best I could. I also made note of the system configuration before I started to touch anything.

Next, I did a little gentle vacuuming of the surface dirt. There was plenty of it. Fiberglass insulation had become packed into some areas of the card cage, along with the remains of insects, some live spiders, and a few acorns. I sucked this out as best I could.

The original state, as seen here, is just disgusting, really. 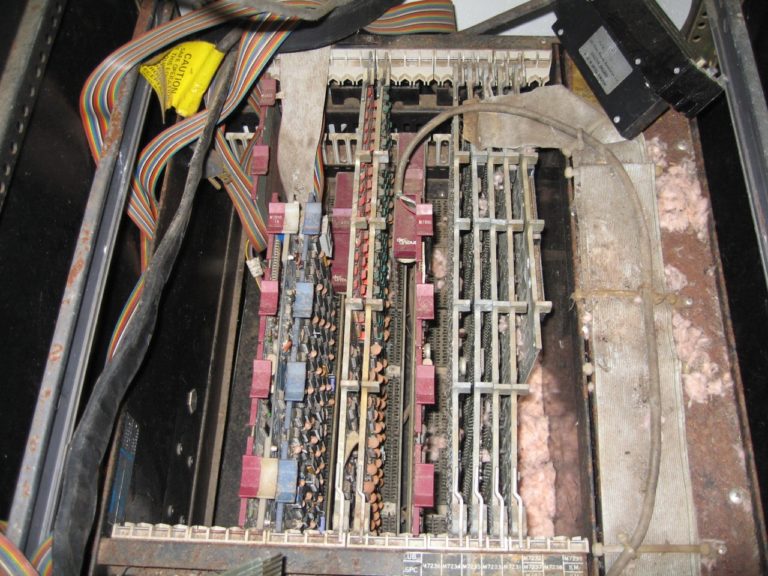 After some light vacuuming, I began to remove cards. I started with the four farthest to the right, the M7232, M7231, M7233, and M7235. Each card I pulled was photographed so I could know its original state, gently washed in warm soapy water, and rinsed with distilled water before being allowed to air-dry in front of a fan. Remarkably, the cards so far are in great condition! There’s some corrosion and spotting here and there, but nothing so bad that I think the electronics won’t work. Mainly it’s bits of surface rust and discoloration on chip leads, nothing worse.