I spent this weekend getting started on the reassembly of all the little bits and pieces that I pulled out of the 11/35 while cleaning it. I’m super glad that I photographed everything and bagged and tagged all the screws and such when I pulled it apart, because it’s made the process of putting it back together a lot easier than it otherwise would have been.

The last thing I did before reassembly was to head down to one of my favorite surplus shops, Excess Solutions in Milpitas, to pick up a bunch of machine screws. I dropped $20.00 and filled a bunch of bags with #4-32, #6-32, and #8-32 screws and lock washers to replace the parts that had been rusted out in the chassis (I’m not sure why, but almost all of the old lock washers were rusty, but only a few of the old screws were. I guess the old screws were zinc plated, but the lock washers weren’t?) 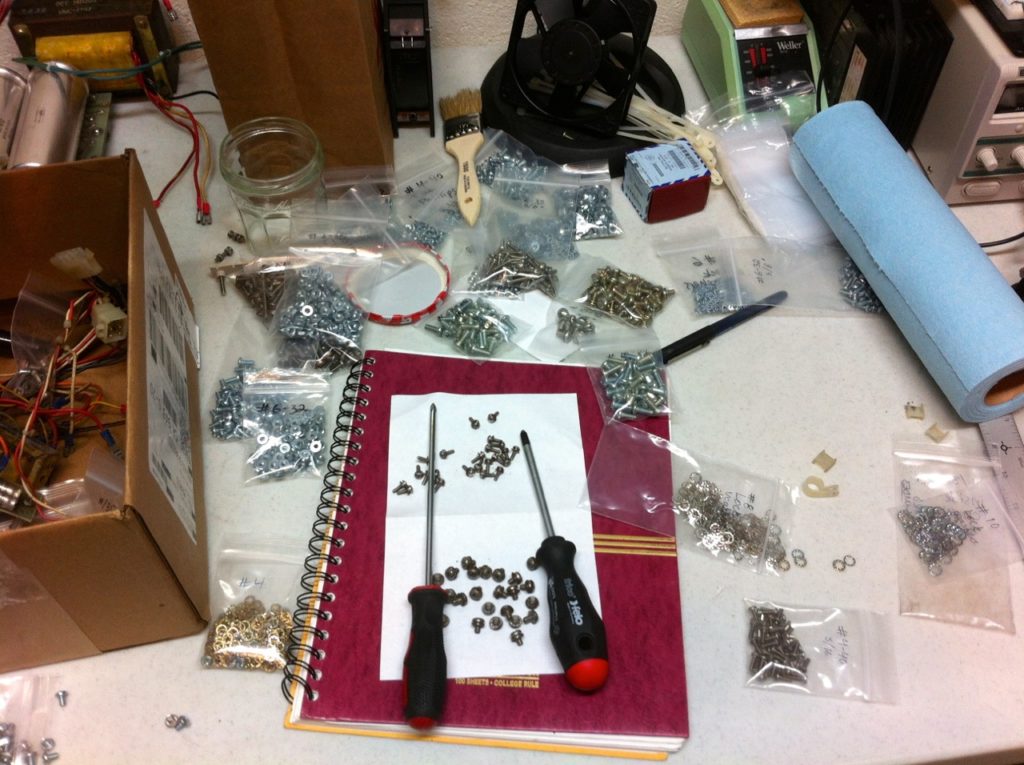 I started reassembly by putting all the card guides back into the chassis. I’d given them a good cleaning with Alconox and they look practically brand new. Then I installed the new 115V 120mm cooling fans—the originals were beyond repair, so I’m afraid I had to toss them. The new fans are a little bit more efficient anyway. 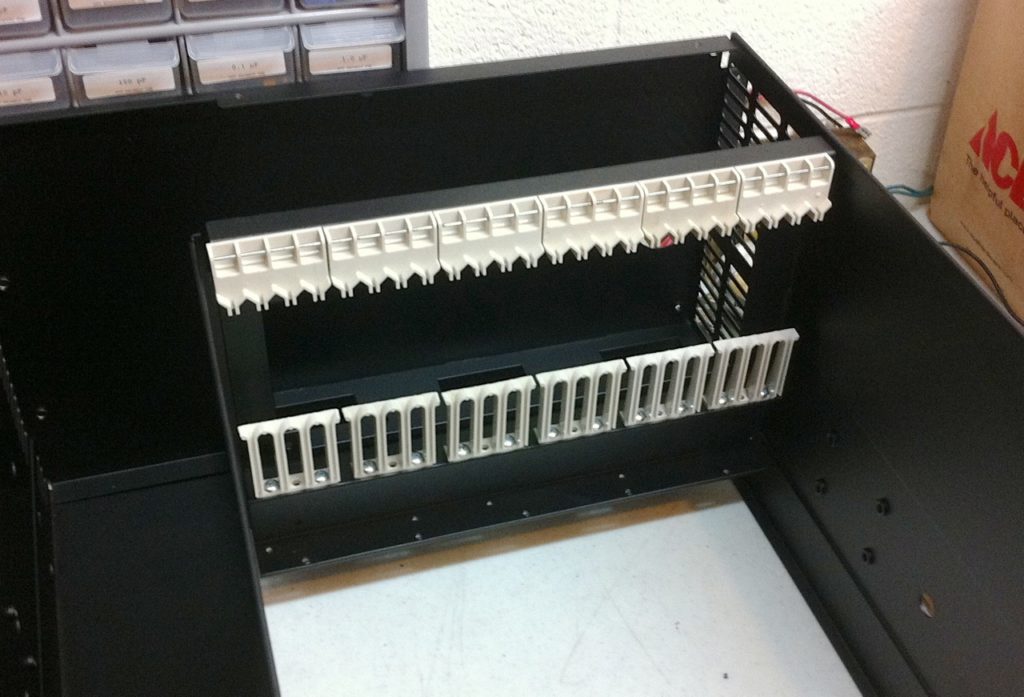 Today I dove into the power supply. I had a few moments of panic when I thought I’d lost the notes I took during disassembly, but I found them right where they belonged. The hardest part of this for me was getting all the right wires into all the right places on the block terminal. Really good notes here were essential, and I did get everything back into the right place. 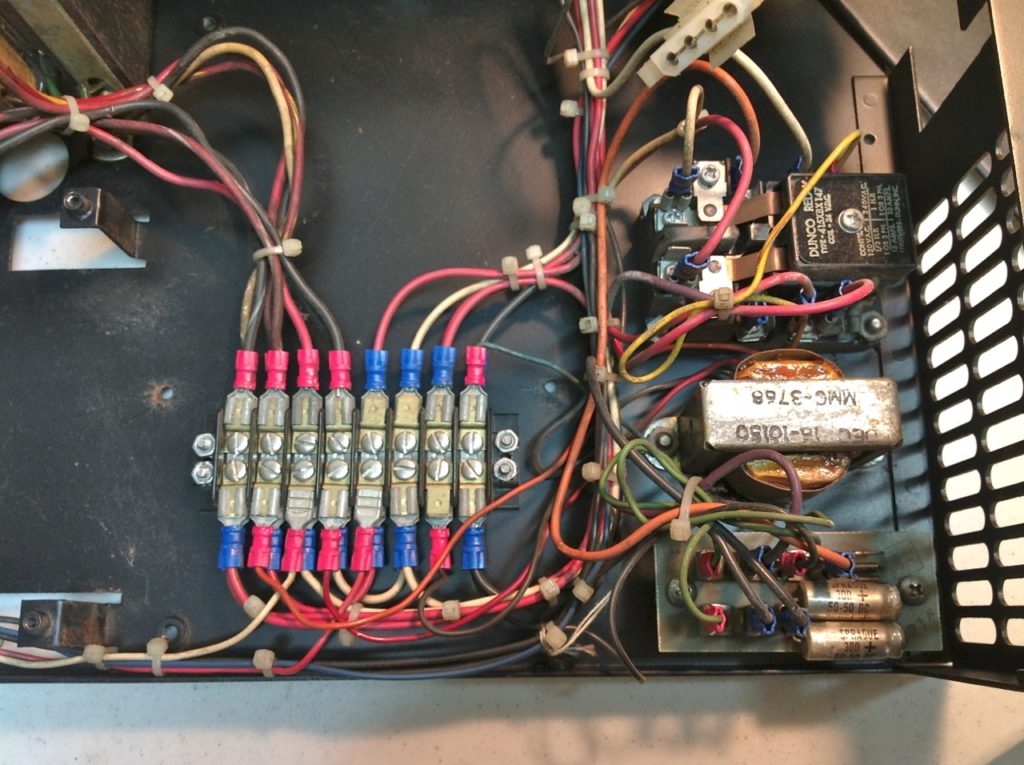 Well, the video lies a little. In fact, there WAS one last problem to overcome.

I gave the PSU a much more thorough checkup this time, including checking out the AC LO, DC LO, and LTC lines, which I’d ignored when I did my repairs last month. AC LO and DC LO are normal Unibus lines, so I had to terminate them with a 180 ohm pull-up and 390 ohm pull-down resistor before I could test them. Happily, they tested fine: On power-up, DC LO went high first, and then between 2ms and 6ms later, AC LO went high, which is exactly what you want.

The LTC output, though, showed absolutely nothing. It was just sitting at ground. After puzzling through the troubleshooting guide from the PDP-11/05 manual (Chapter 19 is all about the H750 power supply) I isolated the problem to a shorted 3.9V zener, D13 in the schematic. This is the clipping diode responsible for generating the LTC waveform, so I’ll need to track down a 1N748A, then I’ll be back in business.

Next up will be fitting the backplanes and beginning the process of powering up the logic. I’m honestly pretty nervous about that part. We’ll see how it goes.