My story kind of hit social media hard this week. To say it caught me off guard is an understatement. I never in a million years expected the response to be so big. I’m just some guy, I don’t particularly enjoy all the attention suddenly paid to my problem. But, that said, I’m grateful for all the support and tips I’ve received, and I’m investigating all connectivity options.

One of the frequent criticisms I’ve seen goes something like this: “Well, you moved to a rural area, what did you expect? Even though Comcast said it was serviced, you share some of the blame for even expecting cable out there. You should have known better!”

I disagree pretty strongly with this criticism. Let me tell you why.

Here’s a picture of where I grew up. It’s in rural Connecticut, about a half hour east of Hartford. The whole “neighborhood” (if you can call it that) had cable TV as of 1988. Please note, too, that many of the homes you see to the north weren’t built until the late 1990s and early 2000s, so the area was even less dense then than it is now. 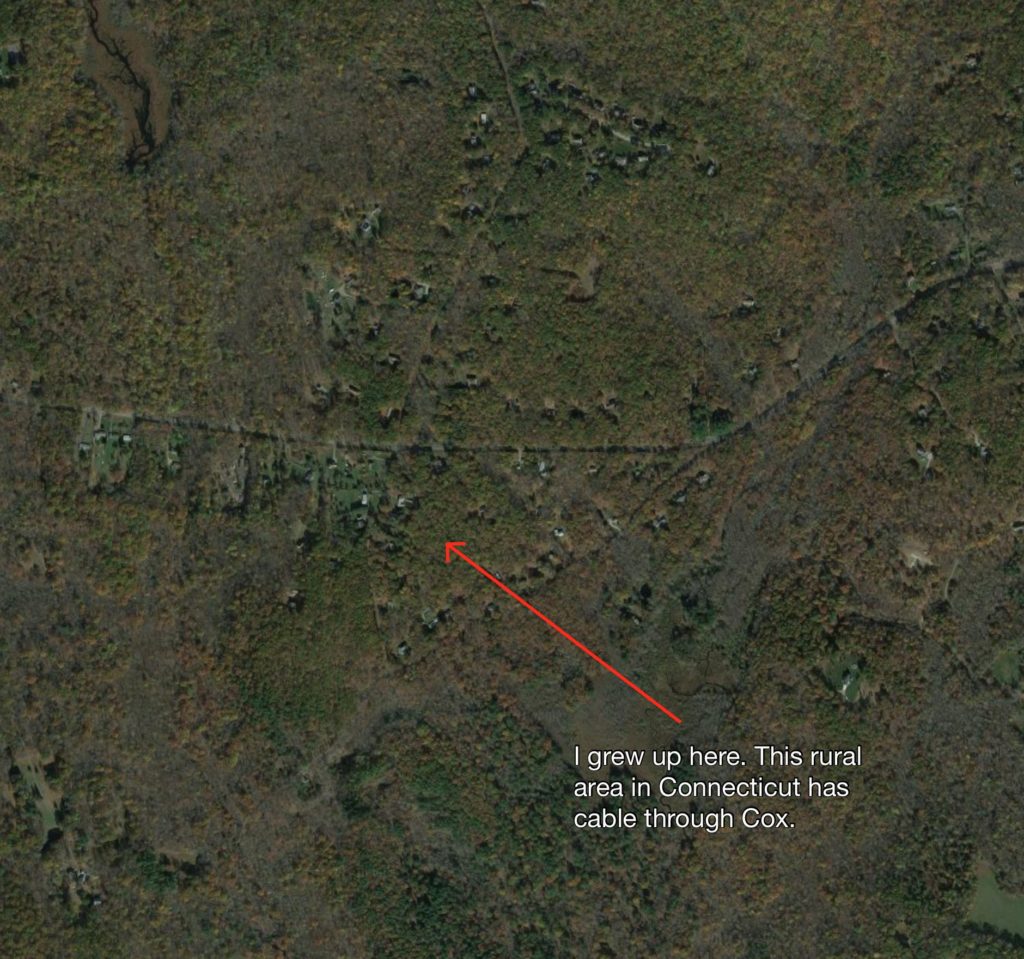 Cable broadband came to this area later, of course. It wasn’t installed there until about 2000, when the infrastructure was upgraded to allow DOCSIS. My aunt lives there now, she has great 25 Mbit broadband through Cox. So, yes, frankly, I did expect that cable could be here.

And what about now, today, in Washington State? Here’s another satellite view of part of Kitsap county, the county I live in. 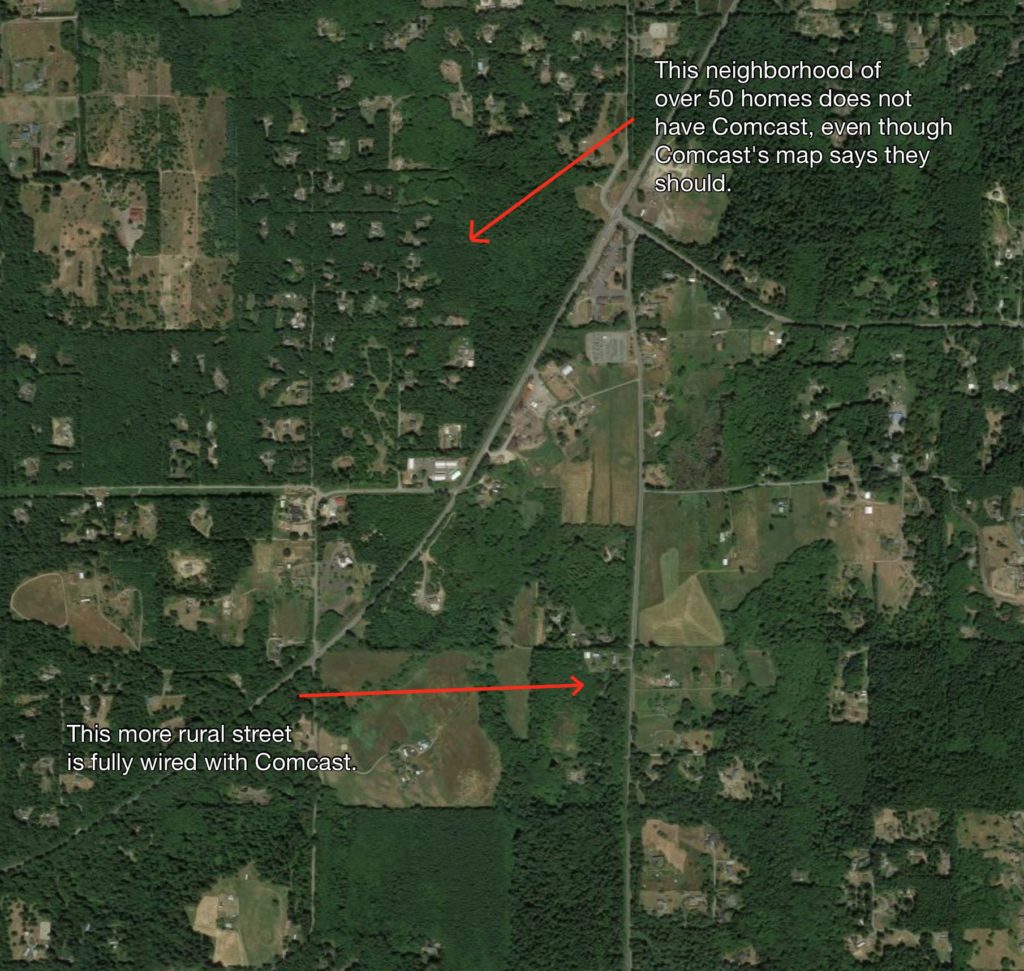 Here is where it gets weird. Notice the fairly dense neighborhood to the north of the highway? That area is completely unserviced. Comcast’s internal maps, which I have seen, show that the whole neighborhood is wired with Comcast cable. But, in reality, it’s not. There’s no cable there, Comcast has no customers there.

Meanwhile, the road to the south, which is more rural, with a mix of houses on 5 acre lots and farm land, is fully wired for Comcast.

So, yes, I did expect that cable would be a thing that this part of the county could do. It is not that unusual here. In fact, the neighborhood to the north is an exception, not the rule.

But all that should not distract from the core problem, here: Comcast told me that my address was already serviced. That is what I relied on, not some mystical third eye that could show me underground Cable TV infrastructure.